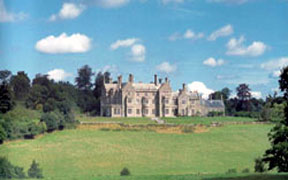 The property occupies an elevated position in the midst of a 1000 acre estate, constructed of bricks made on the estate faced with Kentish Ragstone, Mullion windows and cornices made of Bath Stone. The stunning exterior was built in Jacobean style to the design of David Brandon. The roof is made of Slate with Dutch gables and decorative finials.


The Hall is a magnificent Grade II Lited country mansion situated in the heart of the beautiful county of Kent, commonly know as the garden of England. With gardens landscaped by Humphrey Repton, a Norman bridge, 13th Century Bayham Abbey Ruins and a picturesque becalmed lake, the mansion commands some of the most stunning and completely unspoiled views in all of England.

Originally the family lived in the Georgian house, overlooking a folly, which was a fashionable trait of the time. However, as the Camden family stature and wealth increased during the late 1800's they commissioned the building of the mansion which became their principal residence for the next 100 years.

Many magnificent trees and shrubs in the grounds were planted by visiting Royalty during this period including the Duchess of Kent in 1936 (Marina, Princess of Greece) and Princess Christian of Schleswig-Holstein (Queen Victoria's daughter).

The state-of-the-art gym is situated in a converted cellar. A wooden sprung floor and original vaulted ceilings give it a nice cool atmosphere. Enjoy yoga, pilates or an intense cardiovascular session, machine and free weights, or relax with essential oils in the sauna and steam room.

Enjoy a game of Billiards on the full size table in the Music Room. Visit the library with its original hand-carved leather wallpaper walls to do a spot of reading or use the wireless broadband internet connection. Take a stroll in the magnificent gardens amongst Weeping Purple Beech, English Oak and Japanese Red Cedar, many planted by visiting Royalty. Horse-riding, clay pigeon, polo and golf are all available.

The County of Kent has over 94 golf courses and over fifty of these are within 30 minutes drive. There are a good number of 'Links' courses, including two that have hosted 'The Open' a number of times, but most are parkland courses that benefit from the mild, year round climate, to be found in this part of England. Any visitor can be assured that bringing the clubs is always a good idea at any time, winter or summer and the golfing purist, seeking true links golf, will find plenty of venues to test the special skills necessary for the traditional game. 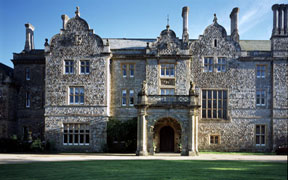 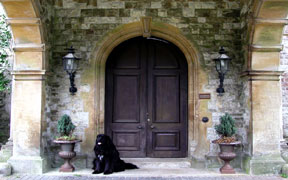 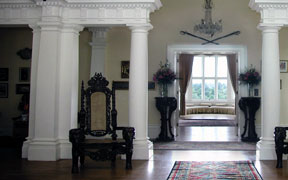 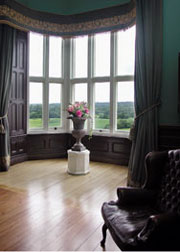 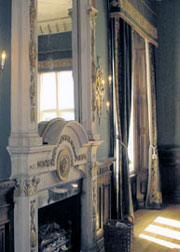 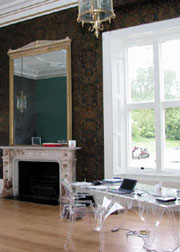 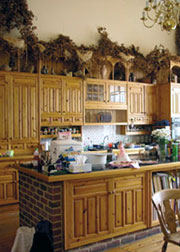